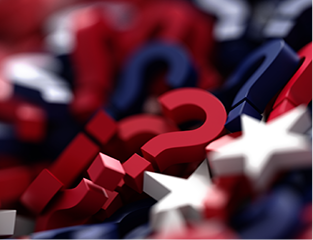 Now that the mid-term elections are over, what’s in store for the future of Healthcare in the country? Read below for some hot-ticket items and what we can expect as we move into 2019 and beyond.

Healthcare Was #1 Driver Among Voters

For the first time in over a decade, healthcare took the top spot as the #1 cited issue among voters. Many representatives ran on a message of securing coverage for pre-existing conditions and some even championed a single-payer/Medicare-for-all type healthcare system and won.

Now that the Democrats will gain control of the House of Representatives by securing the needed 218 seats, we can expect a hold on any repeal efforts on the ACA. On the contrary, the next Speaker of the House, Nancy Pelosi, has stated she looks forward to working on bipartisan efforts to strengthen some ACA provisions to stabilize the individual market. We could see many items brought up for a vote, including the securing of funds to help offset the spend on cost-sharing reductions for Marketplace plans.

While there are currently 5 proposals in Congress for some type of single-payer or Medicare-for-all, none of these bills are expected to be voted on prior to the end of the lame duck session and will need to be reintroduced next year. Even with the House under Democratic control come 2019, a Republican Senate and White House all but eliminates the prospect for any type of government takeover of healthcare in the country.

The current administration’s attitude towards regulation relies largely on placing the state in control of their own healthcare environment. There are three states to watch, California, Colorado and New York, which are largely controlled by Democrats and have historically favored a single-payer system.

Proposed in May of 2018, the American Patients First blueprint on how to lower drug prices and reduce out-of-pocket costs seems most likely to gain the bipartisan support needed to pass in the next session of Congress. Among its many moving parts, this would allow Medicare to negotiate lower prices on some Part B and Part D medications.

Prior to the mid-terms, there were numerous proposed ideas that were on the right track to gain support across the aisles that may now be in jeopardy. Some of these initiatives included:

Some of the sponsors of these initiatives were defeated in their re-election races and could force a restart on these efforts by numerous healthcare lobbying groups.

Outside of the Medicare-for-all concept, Medicare was left largely off the ballots this past election. With over 10,000 individuals aging in the program each day, it remains the largest budget expense for the federal government each year. An increase in enrollments in private Medicare Advantage plans continues to build as we make our way through this year’s Annual Election Period, and higher reimbursements from CMS have led to numerous carriers offering richer ancillary benefits in 2019.

The National Association of Health Underwriters (NAHU) is currently working on proposals to make some consumer and agent friendly changes to the Medicare market, including:

Chris Hagerstrom is the Marketing Vice President at Jack Schroeder and Associates, LLC. Through years of experience he has become an expert with Medicare, Life Insurance, Annuities and Supplemental Health and how to successfully navigate the senior market.